Matthijs van Veelen
Professor of Evolution and Behaviour, Faculty of Economics and Business, University of Amsterdam
Evolution of cooperation: theory and empirics 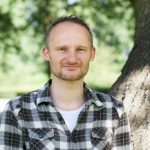 Explanations for cooperation, altruism, and morality fall into three broad categories: population structure, repetition, and partner choice. That leaves us with a rather diverse collection of explanations, and we would like to turn to empirical evidence to determine which of those selective pressures have been relevant in shaping human cooperation. All three categories have complications of their own. For population structure – which subsumes kin- and group selection – “cancellation effects” complicate empirics. 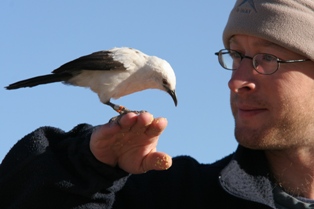 Conflict is rife in group-living species and exerts a powerful selective force. In a wide range of taxa, from hymenopterans to humans, group members invest considerable defensive effort against individual intruders and rival groups seeking reproductive opportunities and resources. Compared with the extensive literature on the consequences of within-group conflict, the lasting impacts of conflicts with conspecific outsiders are poorly studied. I will begin by describing experimental work we have conducted on birds, fish and mammals showing that out-group conflict can influence cooperative behaviour, within-group behavioural interactions and group movement patterns in the immediate aftermath. I will also provide evidence that such contests with rivals can affect group decision-making, cohesion and resource defence many hours later. I will then describe the theoretical and empirical work we are now conducting to uncover the effect of out-group conflict
on: (i) steroid hormones that underlie stress, social behaviour and reproduction; (ii) variation in reproductive success arising from maternal investment and offspring care; and (iii) the evolution of societal structure, punishment and cooperation among group-mates. The management and consequences of conflict are of major importance to science, human society and global politics, so our work has potential relevance not only to biology, but also to anthropology, economics, psychology, and the social and political sciences. 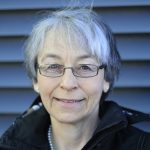 Individual based models with a high potential for self-organisation have shown that cognitively simple rules in individuals may lead to complex collective patterns. I will illustrate this for the complex patterns of aggression and affiliation in two types of social organization of primates, the intolerant or despotic society and the tolerant or egalitarian society.
A model (called DomWorld) and its extensions deliver patterns of aggression and affiliation (mainly by grooming) that resemble these societies in many aspects despite the low level of cognition in the model: Individuals merely group, compete and groom others if they are anxious to lose a fight.
The model shows patterns of aggressive and affiliative patterns similar to those of primates. For example, coalitionary support of all types (conservative, bridging and revolutionary) emerges, as well as its reciprocation, and reciprocation of contra-support or opposition. Further, grooming is reciprocated, exchanged for support, and shown in patterns of post-conflict affiliation, including those of ‘reconciliation’ and ‘consolation’, with similar differences between species with a tolerant and intolerant dominance style as in empirical data. These patterns emerge without record-keeping and in the absence of a motivation to help others or to reconcile and without any knowledge of social relationships.
They emerge mainly because dominance interactions create a spatio-social structure that influences the occurrence of other social behavior in unexpected ways. When competitive interactions in the model are based on the winner-loser effect, i.e. after losing a fight the chance to lose the next fight is increased (either based on DomRatio or Elo-rating), inter-sexual dominance relations appear to depend on sex ratio and intensity of aggression. Females become more similar in rank to males, the fiercer the aggression among group members is, and, in groups with intense aggression, the higher the percentage of males in the group is.
This model has been validated because its new patterns have been confirmed by empirical data. For instance, similar empirical patterns of intersexual dominance in relation to sex ratios have been reported for fish, primates and humans, and the ‘exchange’ of contra-support (opposition) for being groomed and vice versa has been observed shown in more intolerant species.
These kinds of models help us to develop new hypotheses about the integration of different traits and the mechanisms underlying social complexity. 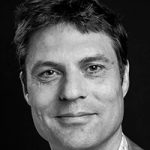 Intergroup conflict and competition can motivate individuals to contribute to their group’s fighting capacity at a personal cost and at sometimes high risk. Sometimes, such self-sacrifice is motivated by the greedy desire to subordinate and exploit out-groups (out-group aggression) and, by implication, it is motivated also by the fear-based need to defend the in-group against the rival’s out-group aggression. Archival analyses of group-hunting animals, firms attempting hostile take-overs, and interstate warfare all suggest that out-group aggression is typically less successful than in-group defense, suggesting that evolutionary and cultural pressures may have favored capacities for cooperation and coordination when the group goal is to defend, rather than to expand, dominate, and exploit. Here I examine this possibility in light of the results from experiments in which we engaged (groups of) individuals in predator-prey contests and tracked neural and neuroendocrine activity, behavioral investment in aggression and defense, and group-level coordination. Implications for regulating conflict and achieving world peace will be discussed, and avenues for future research will be highlighted.

Redouan Bshary
Professor in Behavioural Ecology, Institute of Biology, University of Neuchâtel
A comparative approach to the study of cooperation for direct benefits 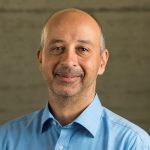 Evolutionary minded biologists, economists and social scientists are all highly interested in cooperation for mutual benefits. Importantly, there is an ever increasing exchange of concepts and data. This is because while pair-wise cooperation is widespread in nature, humans excel at cooperating with strangers on large scales. One key question of
interdisciplinary interest is therefore to what extend human cooperation is similar/different to cooperation in other species. Biologists can contribute the comparative approach to improve our understanding of human cooperation. However, a successful dialogue between disciplines warrants careful consideration of terminology in order to reduce mutual misunderstanding. I therefore highlight various issues regarding terminology. In the reminder of the talk I will use concrete research examples from our lab to highlight key avenues for future research.